Did Alberto Del Rio and Paige Break Up? - PWPIX.net

Home / Information / Did Alberto Del Rio and Paige Break Up?

Did Alberto Del Rio and Paige Break Up? 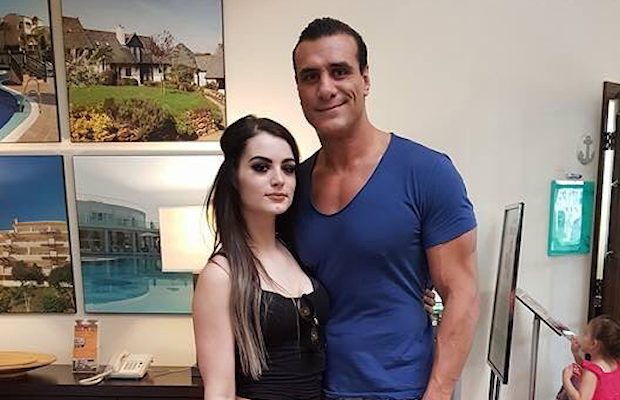 During WWE’s coverage of the Draft on the WWE Network, Del Rio appeared very unhappy about being moved to SmackDown LIVE during an interview with Greg Hamilton reacting to the news. Booker T, who was working as a panelist on WWE Draft Center Live, later made a few remarks about Paige likely being upset about being drafted to Raw. While many fans assumed that Booker had insinuated that Paige was upset about being split from Del Rio, he blamed her anger on being selected late in the Draft.

Rumors then began circulating that the two might have split up as some fans noticed the day after the WWE Draft that Paige had deleted all photos of Del Rio from her Instagram account. The Total Divas star has in the past deleted Instagram photos following a break up with a boyfriend, as she did with musician Kevin Skaff.

To add even more confusion, some fans also noticed that Paige began following Skaff again on Instagram! Not only that, but Paige then reposted photos of Del Rio on Instagram — a shot of the two in a parking lot, and Del Rio in India.

“These were deleted from my Instagram for some reason so I’m reposting,” she claimed three days after the WWE Draft. “I’ll be rewriting the captions too suckers when I finish my travel day ya hearrrr.” To really put the rumor to rest, Paige tweeted this photo and romantic message the very next week.