WWE Allegedly Threatened To Fire Paige If She Didn't Break Up With Alberto Del Rio - PWPIX.net 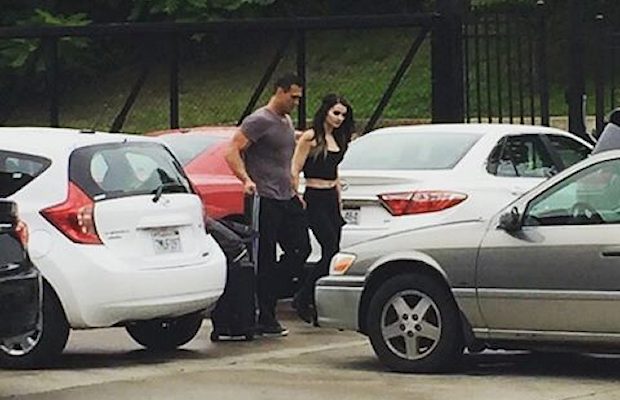 Just about everything that could have gone wrong with Alberto Del Rio‘s second stint in WWE seems to have, and his exit was shaping up to be the messiest part of the entire situation.

On his MLW Radio Network podcast with legendary wrestler Kevin Sullivan, MSL & Sullivan, MSL alleged the couple was harassed by a member of WWE management and that Paige’s job was threatened if she didn’t end the relationship.

“I do know that Mark Carrano, who fans might know from Total Divas, kind of like the office liaison guy, approached Del Rio and Paige individually and harassed each of them about their relationship. It was indicated that the office wanted them to sever their romantic relationship,” MSL said on the September 2, 2016 show.

MSL and the whole crew over at MLW are pretty well-connected, particularly with Del Rio [they were the outlet which reported new details on Del Rio and Paige’s incident in Las Vegas involving police and an ambulance], so there’s cause to give this report more credence — and scrutiny — than many other rumors floating around. But it is still a third-hand accounting.

WWE has publicly denied the allegations. After Keith Harris of CagesideSeats.com reached out to WWE for comment on the story, a spokesperson said there is no truth to it.

“I can tell you that isn’t true, both your question about harassment and the threat of being fired,” the WWE spokesperson said.

According to Wrestling Observer Newsletter editor Dave Meltzer, there was also a rumor going around that Del Rio called Carrano on the matter and Carrano went silent.

While Meltzer doesn’t believe Paige was harassed over her relationship with Del Rio, he does feel it factored into WWE’s decision to split them apart in the Draft.

“It’s hard to believe anyone in WWE would say anything directly like that to Paige,” Meltzer remarked in the September 12, 2016 edition of his newsletter. “As far as the idea both were talked to about it, that’s possible as the story was they were like high schoolers when they together backstage. As far as what words were actually used and how they were interpreted is the question.”

Meltzer continued, “The reality is they were put on different brands when everyone in decision making power knew full well they were a couple and it’s impossible to believe them being a couple wasn’t figured into the decision. Carmella and Cass were as well, but that was different in the sense that they wanted to get Carmella over as a wrestler on her own and not part of the Enzo and Cass team so there was a business reason and that decision was made months ago when they didn’t bring her up as part of the act. But to outright say if you don’t break up with your boyfriend you’ll be fired, that’s more questionable. It’s just difficult for me to believe someone in that position would ever say that because of the legal implications.”

WWE Hall of Famer and legendary broadcaster Jim Ross also offered his take on the situation.

“Personal relationships within the pro wrestling business are daunting. I’ve said that for years. Most ‘pro wrestling romances’ aren’t successful over the long haul, but the point is that no company will ever have any success in legislating such. I’m not sure that any companies are attempting to intervene, namely WWE and the Alberto Del Rio/Paige relationship. I’m not a believer of every internet rumor that I read nor do I think that WWE would condone such interactions with staff and talents,” he stated in a blog post on jrsbarbq.com.

Ross continued, “It’s impossible to dictate personal relationships in any business especially when those in question are independent contractors. If Paige is totally committed in her personal life with Alberto Del Rio, and which she has the right to pursue, I’d be surprised if she returns to WWE any time soon. Hope I’m wrong as it relates to the apparent, troubled careers of both talents.”

Regardless, it’s now entered into a conversation which already included contentious divorce proceedings and Wellness Policy suspensions for both Del Rio and Paige — continuing this story’s reputation as one of the more scandalous in recent memory.